If you are handbags lovers you will definitely love Michael Kors handbags. There is something behind the brand that makes it so successful in fashion world that you might want to know.

Michael Kors is a high fashion brands of apparel, handbags, fragrances, shoes, accessories, watches, and among others. The Company was founded by Michael Kors himself in 1981 with the launching of Michael Kors womenswear line.

Michael Kors handbags just like the Long Island native Michael Kors himself, every single bag embedded with a great sense of style. Whether it’s a MICHAEL Michael Kors New Layton large satchel or Uptown Astor large shoulder tote, the mission is to bring its vision of a jet-set, luxury lifestyle to women and men on earth.

With the passion Michael has towards fashion world, he served as designer and creative director at the French fashion house Celine from 1997 until 2003. 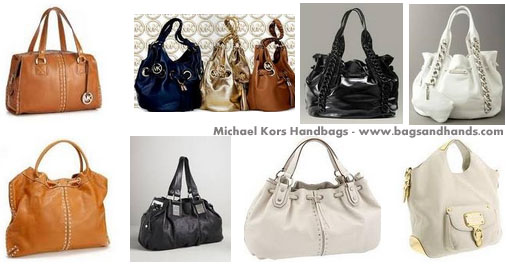 Where to buy Michael Kors Handbags?

You can either visit the stores for its authentic goods or tour around the official websites at MichaelKors.com to check out the latest Michael Kors handbags.