Burberry handbags are well-known for its check pattern trademark, which is one of its most widely copied trademarks. With the quality it delivers in handbags world, mermaid will also fall for it in underwater world.

The story started a century ago when a 21-year-old man Thomas Burberry found Burberry in 1856. Thomas Burberry was a former draper’s apprentice and he opened a small store in Basingstoke, Hampshire, England.

24 years later in 1880, 45 year-old Thomas Burberry invented Gabardine, a tough, hardwearing, water-resistant, and tightly woven yet breathable fabric. The Gabardine was patented in 1888.

In 1891, Burberry opened a shop in the Haymarket, London. Today, the headquarters are located behind House of Parliament at Horseferry House, Westminster, Central London. In 1901, The Burberry Equestrian Knight trademark appeared for the first time. The logo contain a very meaningful Latin word “Prorsum”, which means forwards.

Why Burberry Handbags Are Soooo Amazing? 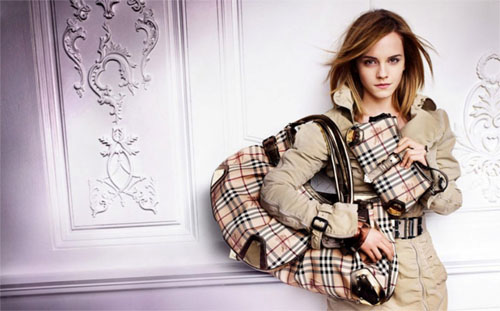 Today, Burberry is a famous international brand for luxury products including handbags, accessories, scarves, shoes, luggage, wallet, and among others. One of the reason why it has become legendary is the signature style.

Where Can I Find Burberry Handbags?

Today, Burberry is an international recognized luxury brand with a worldwide distribution network. The store can be seen almost everywhere in fashion street. In 1989, it received a second Royal Warrant by HRH The Prince of Wales.

There is no doubt that the products are always hot sale in the stores due to the quality it has. That’s the reason why famous actress Cameron Diaz and Victoria Beckham are some of the celebrities using the Burberry trademark.

Burberry has already become a kind of pride for every woman. Woman wants to own one of the most beautiful and gorgeous bags on earth. Visit Burberry stores or browse through the catalog at burberry.com to check out the latest product and carry out your dream, carry Burberry handbags.