Here is your delightful A-list of Gucci handbags and reasons why this Italian fashion became the biggest-selling Italian brand in the world and makes every woman crazy about it.

Gucci is also known as The House of Gucci, is an Italian fashion brand. The story started in 1921 in Florence, Italy. Gucci established by Guccio Gucci. After 11 years in 1938, the business has been expanded by Gucci and a boutique was opened in Rome. During the time, the main product is selling luggage and leather goods. Until mid 1940s to 1950s, Gucci introduced several things such as the Bamboo handle handbag and the trademark striped webbing.

In 1953, Guccio Gucci passed away and his son Aldo led the company expanded overseas. Until late 1960s, Gucci has successfully expanded to Asia. Few stores opened in Hong Kong and Tokyo.

At that time, Gucci has gained many supporters from popular stars and fashion icons including Jackie O, Audrey Hepburn, and Grace Kelly, who was an American Academy Award-winning actress and Princess consort of Monaco. 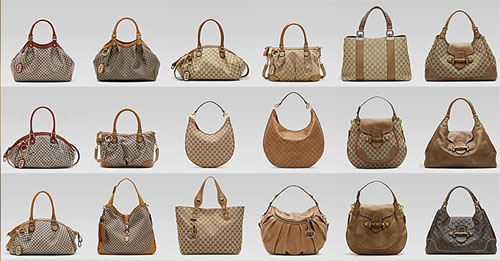 While Gucci Clothing designs may have been rich in Moroccan excess, Frida Giannini’s, who moved to Gucci as director of Gucci handbags in 2002, obstinacy and unswerving vision have steered Gucci into its modern appearance as an unaffectedly hip and professional bags collection for any audiences around the world.

Where Can I Find Gucci Handbags?

Today, Gucci had over 300 stores around the world which are directly operated by the company. You can also find the products at wholesales through franchisees and upscale department stores.

Gucci outstanding designs and its style allow it to send a positively compelling message to its competitors such as Prada Handbags, Coach Handbags, Miche Handbags, Louis Vuitton Handbags, and Burberry Handbags.