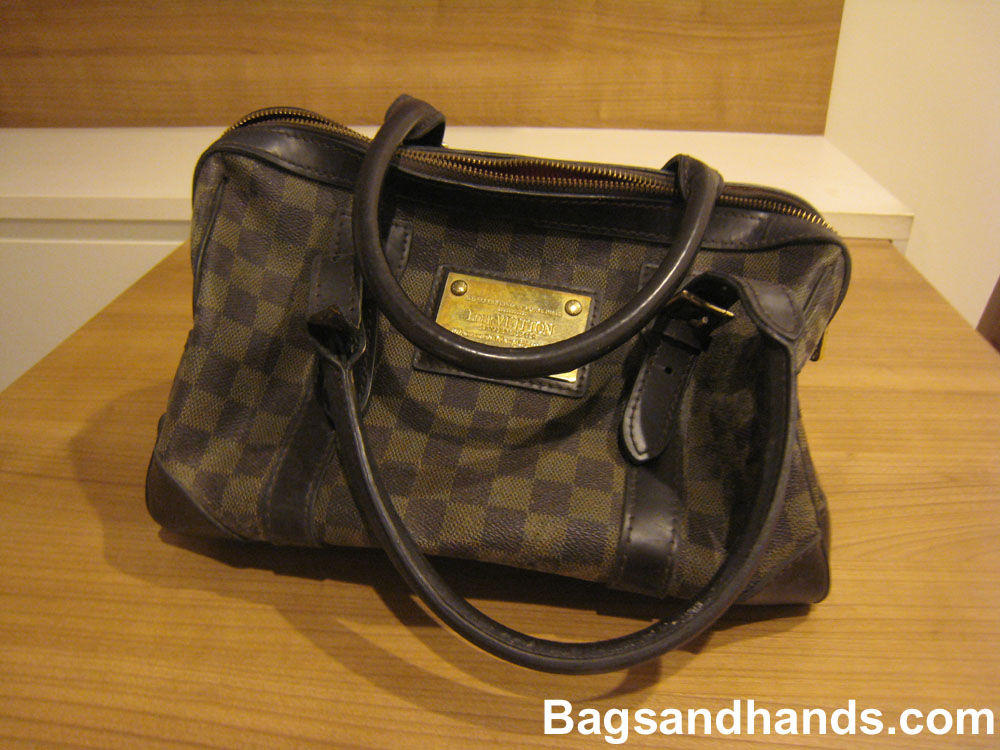 Sigh! I am going to tell you a few reasons you don’t buy replica Louis Vuitton handbags. Two years ago when I traveled to China, I was so excited to see all the designer handbags at non-designer price, guess what? It is all replicas. Well, every woman will feel excited or ecstatic when you see thousands of designers handbags, hobos, cluthes, crossbody, satchels, and wallets at dirt cheap price. What I mean dirt cheap is 10 times cheaper than the original price. 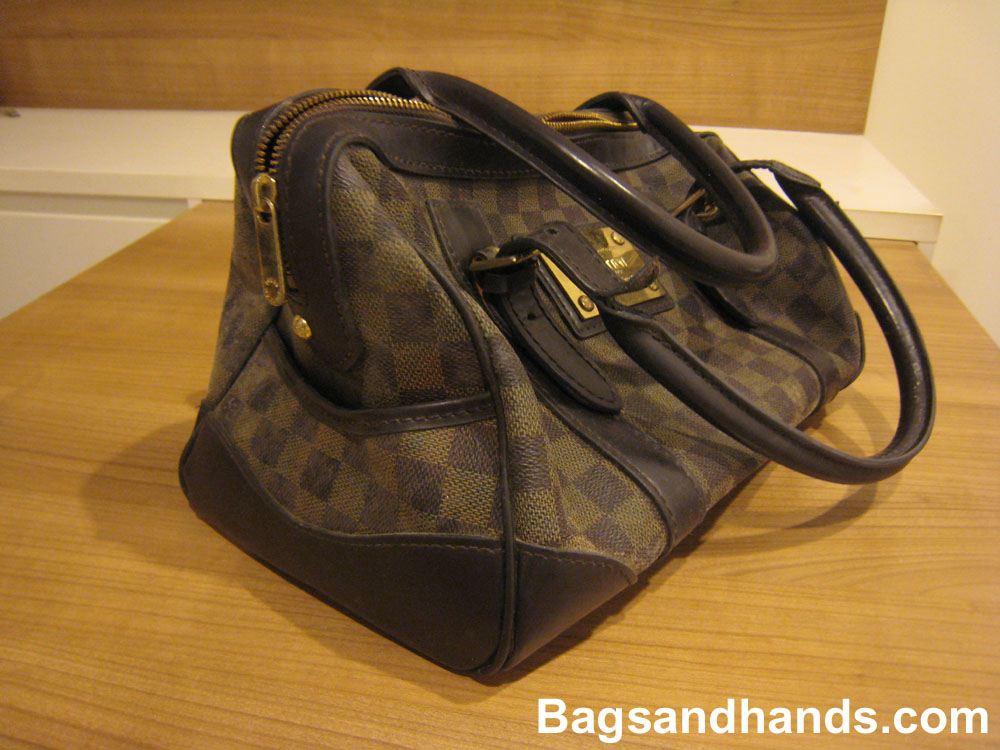 Look at the Louis Vuitton Berkeley Damier Ebene Canvas handbag that I bought two years ago. This is one of the few replica designer handbags that I bought. Another was Louis Vuitton Trevi PM. Two years ago it looks exactly like the real one and it costs only $200 dollars! Can you believe that? It’s only $200 dollars while the real one cost $1,970 at any LV stores in America. 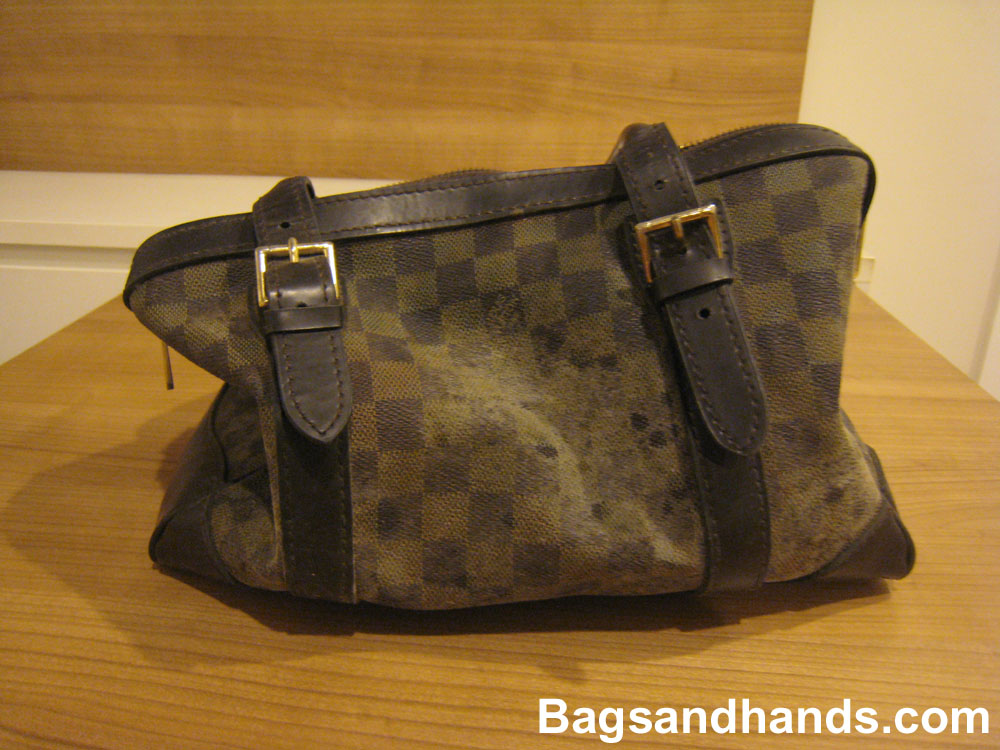 Everything looks the same, the design, the functionality, and the style except the price and quality. TheBerkeleycan be carried by hand, on the elbow or on the shoulder easily. I really love it, I mean, who doesn’t love it? 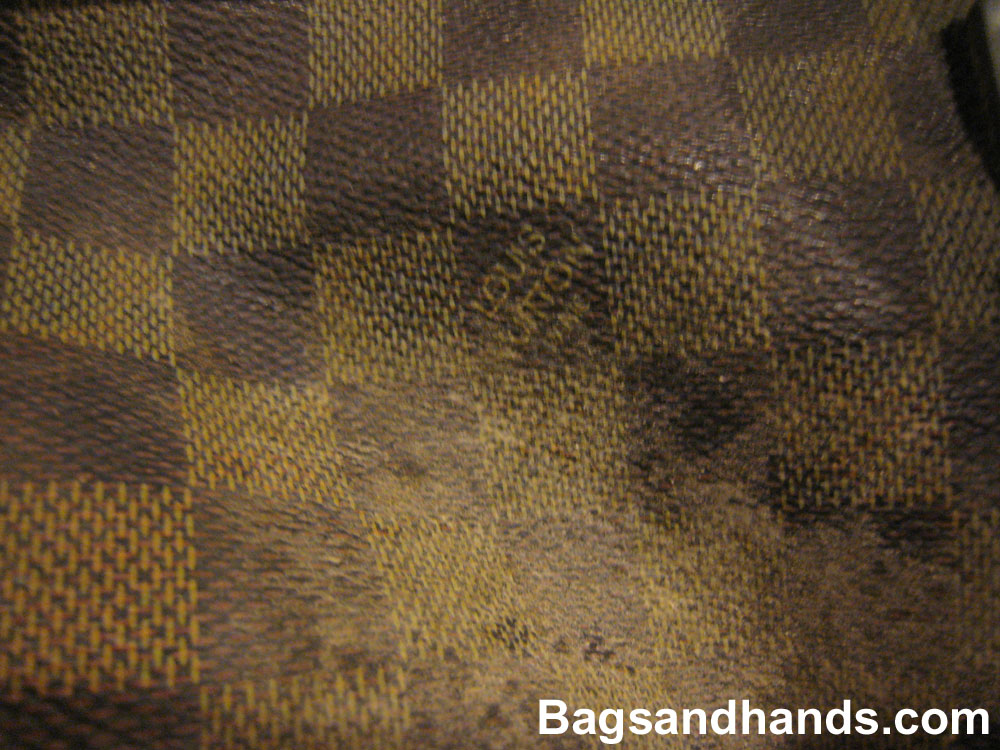 Now, two years later, see how the bag look like? It sucks! The fake leather doesn’t live forever like the real one did. The word “Louis Vuitton” is faded and the bag seems like got a lot of fungus, bacteria, mushroom, germ, mold, or whatever you call on it although I kept it well in my wardrobe. It’s like coming out from nowhere. Well, nothing to complain, that’s what you pay for. Remember? It’s only $200 dollars. My advice? Pay $1,970 and go for the real one if you want to own a Louis Vuitton Berkeley Damier Ebene Canvas handbag forever and don’t buy replicas. Otherwise, you may go for some $10 dollars bags that are really nice. That’s how you deal with it.